Tencents 60,000% Runup Leads to One of the Biggest VC Payoffs Ever 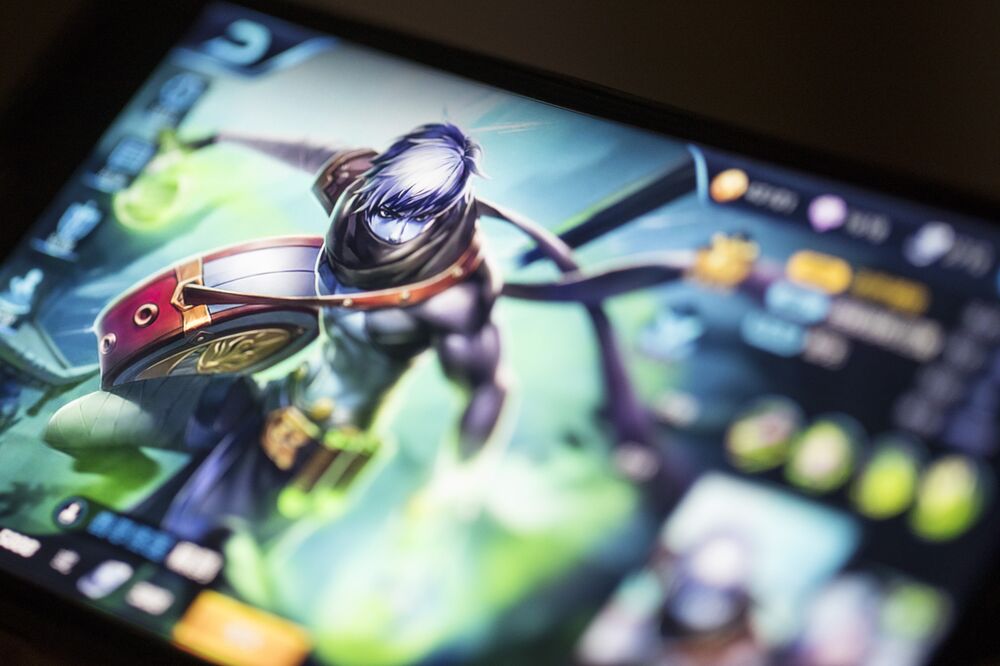 South African media company Naspers Ltd. is cashing in a sliver of one of the greatest venture-capital investments ever.

The Cape Town-based company is selling $10.6 billion of shares in Tencent Holdings Ltd., equal to 2 percent of the stock in the Chinese operator of the WeChat messaging service, it said in a statement Thursday. The stake Naspers bought for just $32 million in 2001 — when Tencent was an obscure Web firm in a nation where few people used the Internet — is now worth $175 billion.

The sale comes hours after Tencent, Asia’s most valuable company, warned it will sacrifice short-term margins, spending on content and technology in pursuit of growth. While the forecast led to a 5 percent slump in Tencent’s stock, Naspers said it still considers the company “to be one of the very best growth enterprises in any industry in the world, managed by an exceptionally able team.” 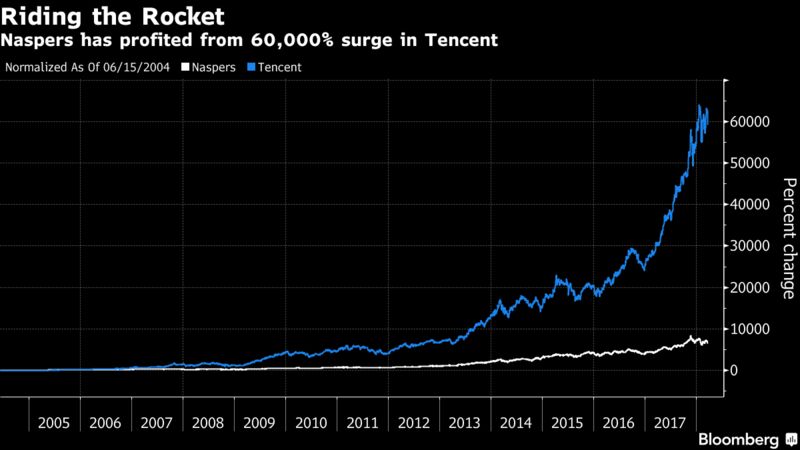 Naspers might have remained a little-known publisher of South African newspapers and operator of pay-TV services if not for the decision to invest in Tencent. While the investment has made Naspers the most valuable company in Africa, its market capitalization of about $122 billion lags well behind the value of the Tencent holding, suggesting investors assign no value to its other businesses.

Naspers’s quandary is similar to those faced by other companies that made hugely successful investments in technology start-ups that eventually overshadowed their operating businesses, such as the winning bets Yahoo! Inc. and SoftBank Group Corp. made on Alibaba Group Holding.

“By doing this, Naspers will be able to reduce its borrowings, grow its own portfolio and slowly start reducing that underlying discount,” said money manager Ron Klipin at Cratos Capital.

Chief Executive Officer Bob Van Dijk has been trying to reduce the discount by looking for new investments to replicate the Tencent success; he’s put cash into a range of internet companies from the U.S. to Russia and India. Naspers will use the money from the sale of Tencent shares to invest in its classifieds, online food delivery and fintech businesses and make other investments, it said.

For more: This $11 Billion Tencent Dump Is Hong Kong’s Largest Ever

The sale of 190 million shares, worth $10.6 billion based on Tencent’s closing price in Hong Kong on Thursday, will cut the stake held by Naspers to 31.2 percent from 33.2 percent. It’s the first time Naspers has reduced its holdings in Tencent since investing in the company. Naspers won’t sell more shares in the company for at least three years, it said.

The decision to refrain from further sales and a failure to announce plans to return funds to shareholders through a buyback didn’t sit well with some investors. Naspers fell as much as 9.6 percent to 3,127 rand on Thursday in Johannesburg, the biggest intraday decline in almost a decade.

“The market is short-term-natured, and there is some unhappiness that they will not sell again in the next three years,” said Byron Lotter, a money manager at Johannesburg Vestact, which holds Naspers shares. “There could be some concern in terms of what Naspers have been investing in outside of Tencent that are mostly smaller assets.”

Investment bankers at Bank of America Merrill Lynch, Citigroup and Morgan Stanley are offering the shares to institutional investors. The sale should close before the Hong Kong market opens on Friday, Naspers said.