Jeremy Grantham Wants His Kids to Get Into Emerging Markets

Jeremy Grantham, the 79-year-old investor known for his bearish views, is so bullish on emerging-market stocks that he’s telling his own kids to invest more than half their retirement money in the asset class.

"What I would own is as much emerging-market equity as your career or business risk can tolerate," Grantham, co-founder of GMO, the Boston-based asset-management company, told investors in a letter last month. It’s the only investment arena with a realistic shot at delivering 4.5 percent real returns annually over a decade, he said.

Grantham, who correctly predicted in 2000 that U.S. stocks would lose ground for the next decade, joins a growing chorus of fund managers who have become bullish on the emerging world. Peter Oppenheimer, the Goldman Sachs chief global equity strategist who forecast last month’s selloff, says stocks should rally this year, led by developing nations. Barbara Reinhard, the head of allocation for $224 billion in assets at Voya Investment Management, expects outperformance for years to come.

"Emerging markets are the place you want to be over the next five years," Reinhard said on Bloomberg TV last week. 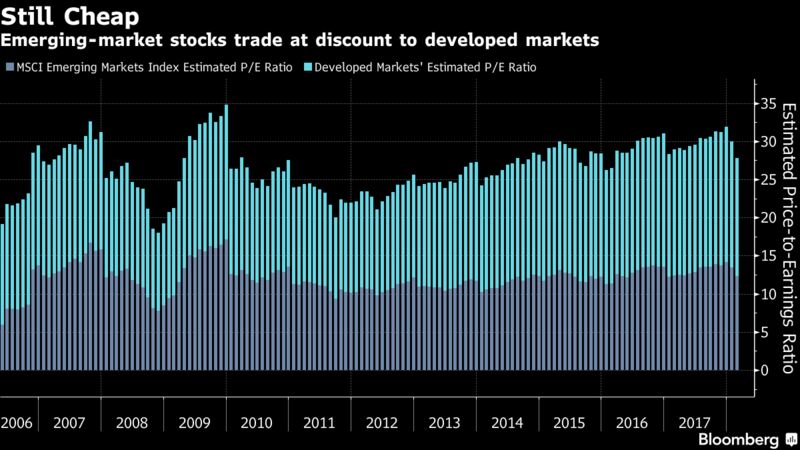 Grantham points to a growth differential and valuation gap that favor developing nations over advanced economies. His $74 billion investment firm’s forecasting model suggests that they’ll lead returns during the next seven years. Emerging economies will grow by at least 5 percent per year through 2019, more than double the pace of developed nations, according to Bloomberg composite forecasts. GMO also points to fewer "fragile" nations, attractive currency valuations and declining inflation rates.

A wholesale change of the political guard is helping. In December 2015, Argentina elected as president Mauricio Macri, a former banker and chairman of the soccer club Boca Juniors, who dug the nation out of a messy 15-year debt crisis. That was the start of a string of victories by market-friendly candidates across Latin America: Ex-Wall Street banker Pedro Pablo Kuczynski won the Peruvian presidency the following June and Michel Temer took control of Brazil that August after Dilma Rousseff’s impeachment.

Elsewhere, South Korea booted its scandal-marred leader Park Geun-hye. On the African continent, Robert Mugabe ended his 37-year rule in November. Jacob Zuma, whose nine-year tenure as president of South Africa was blemished by corruption and policy missteps, resigned last week. That drove the rand to its highest in almost three years.

And there’s still room to grow. While far more people live in emerging-market nations and their frontier cousins than in developed ones, only a fraction of the world’s equity funds invest in them. 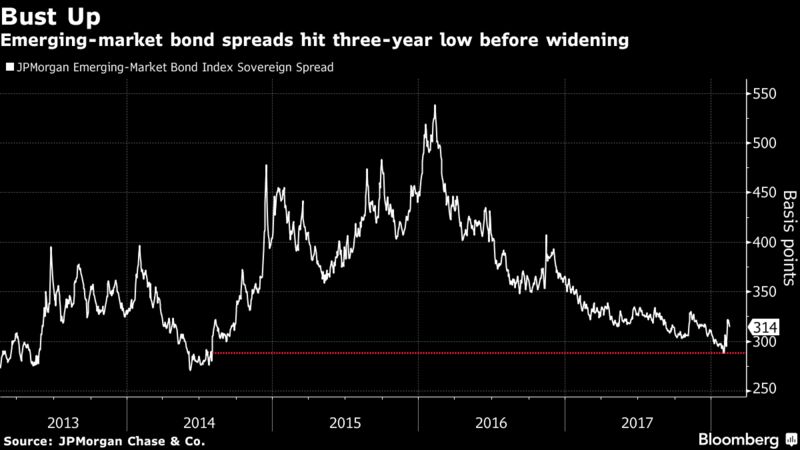 Finding pockets of value after two years of bumper returns has become more challenging. The return differential is telling: Developing-nation dollar debt has rallied 3.8 percent during the past 12 months compared with 30 percent stock gains and 10 percent returns on local notes. 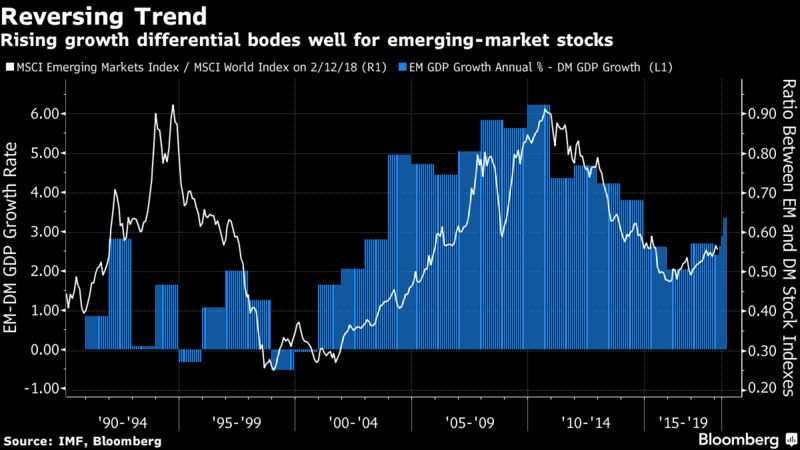 GMO says client interest in developing nations has risen significantly since early 2016, when some questioned why they were even included in their portfolios. The money manager’s forecasting model, which has a 60 percent correlation with actual returns since 1994, predicts 5.9 percent average annualized gains in local currencies for emerging-market value stocks through 2025, according to Kadnar.

"They’re by far the most attractive asset class we can find," he said.