The yuan extended gains following a rally triggered by a surprise China central bank move to make it more expensive to bet against the currency. Asian stocks advanced Monday as the earnings seasons rolls on.

The offshore yuan built on gains from Friday when the People’s Bank of China announced a rule tweak in a bid to ease pressure on the currency. Equities advanced with Hong Kong shares leading gains as investors await results from regional heavyweights HSBC Holdings Plc and Softbank Group Corp. The yield on 10-year Treasuries ticked up to 2.96 percent while the dollar was little changed. 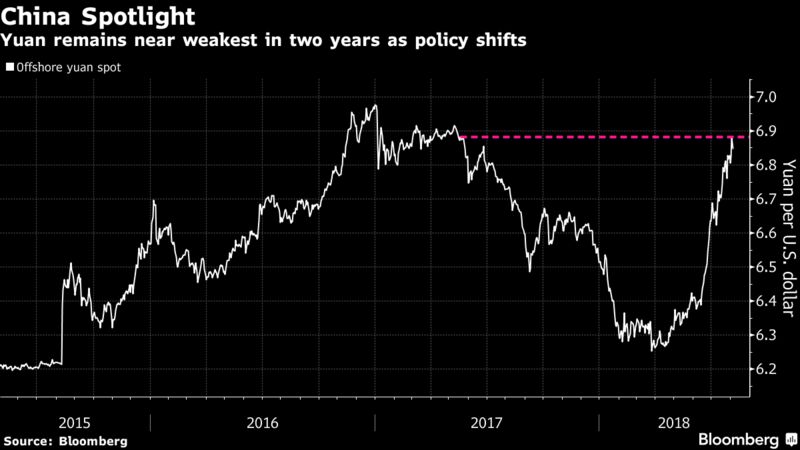 China stepped in to try to cushion the yuan after a record string of weekly losses saw the currency closing in on the key milestone of 7 per dollar. Sentiment in U.S. equities got a boost late in Friday’s trading session as the White House said officials had held high-level talks with China about trade in the past months and were open to more discussions.

Elsewhere, the Canadian dollar erased a decline sparked by Saudi Arabia freezing all trade and investments with the country. Oil and gold advanced.

Here are some key events coming up this week:

These are the main moves in markets: