What Analysts Are Saying About the Stock Selloff

What Analysts Are Saying About the Stock Selloff

One day everything’s fine, the next it’s all awful. Welcome to the 2018 stock market.

Tuesday’s chapter, Falling Fangs, saw losses in the biggest technology companies send the Nasdaq 100 Index down 3.3 percent, the biggest retreat in more than six months. Bad news from Tesla Inc. and Nvidia Corp. helped stir the pot. Concern continues to crop up over whether the S&P 500 Index’s biggest industry can earn enough to support valuations that are a third higher than those of the broader market.

“Take the Facebook issue, take valuations, take the volatility we’ve seen in the market just alone in 2018, and telescope it into a few days at the end of a quarter in a holiday shortened week,” said Ernie Cecilia, chief investment officer at Bryn Mawr Trust Co. “It just gets exacerbated. A lot of light got shown on valuations. These companies have done extraordinarily well from a stock price perspective, and the valuations are very rich.” 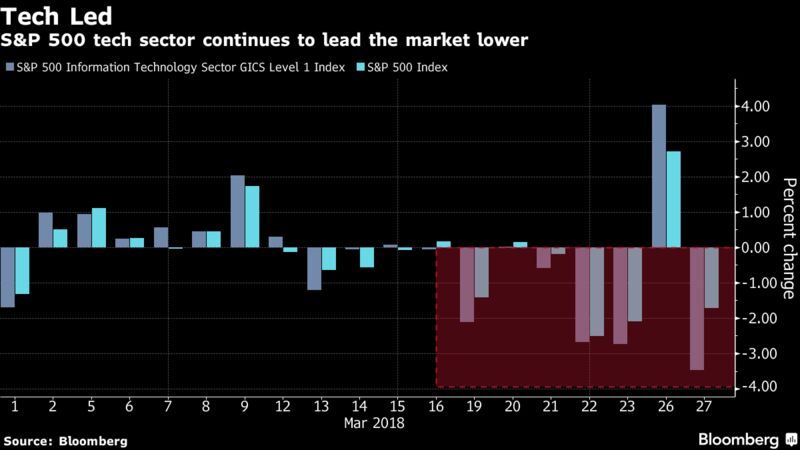 The S&P 500 Information Technology Index slid 3.5 percent to lead the market lower. Tesla retreated to the lowest since March after analysts questioned the electric-car maker’s ability to reach its production targets for the Model 3 sedan. Nvidia sank for the fourth time in five days after it temporarily suspended its self-driving vehicle testing.

Here’s what other analysts and traders said about the selloff:

“Technology seems to be caught in a whirlwind of negative news at the moment,” said Peter Jankovskis, co-chief investment officer at Oakbrook Investments. “Facebook continues to struggle and concerns about tighter regulation of user data have begun to take a toll on Google and perhaps Twitter as well. The Uber crash in Arizona has heightened scrutiny of self-driving technology with negative implications for some chip makers (Nvidia) as well as Tesla.” 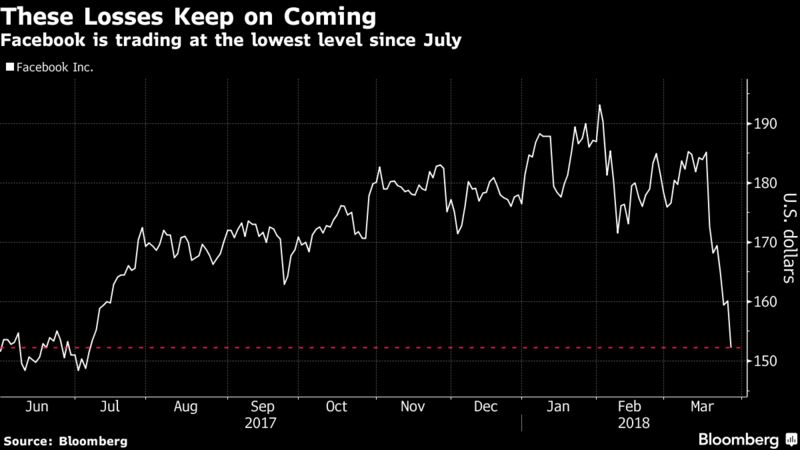 “The S&P 500 Technology sector was the only one to make a new 2018 high in March,” said Ed Clissold, chief U.S. strategist at Venice, Florida-based Ned Davis Research. “When tech ran into trouble (Facebook and Chinese trade are the reasons), there wasn’t much left for the market to stand on. If market participation had been better, the popular averages probably would have been able to shrug off tech weakness.” 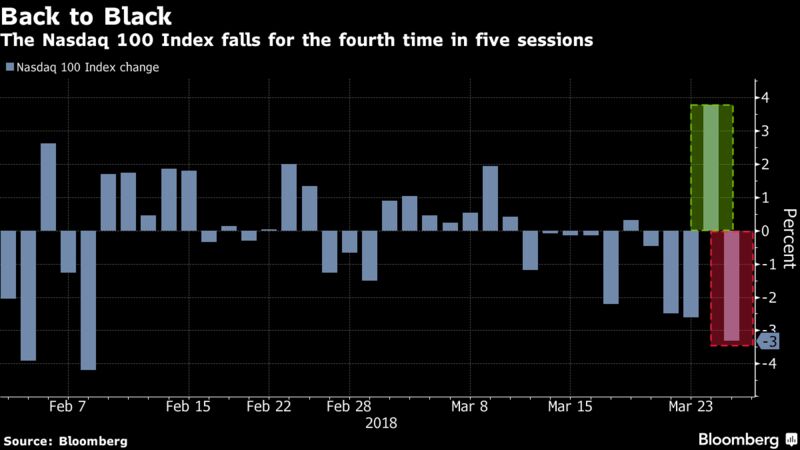 “Yesterday’s gains are gone like they never happened,” said Stephen Carl, head trader at Williams Capital Group. “The fact that the tech selloff accelerated in the afternoon on heavy volume probably means a selloff will continue. One thing is feeding into another here: uncertainty over the tariffs, Zuckerberg’s testimony, weakness in Tesla. People don’t know which way things are going to go and taking profits.” 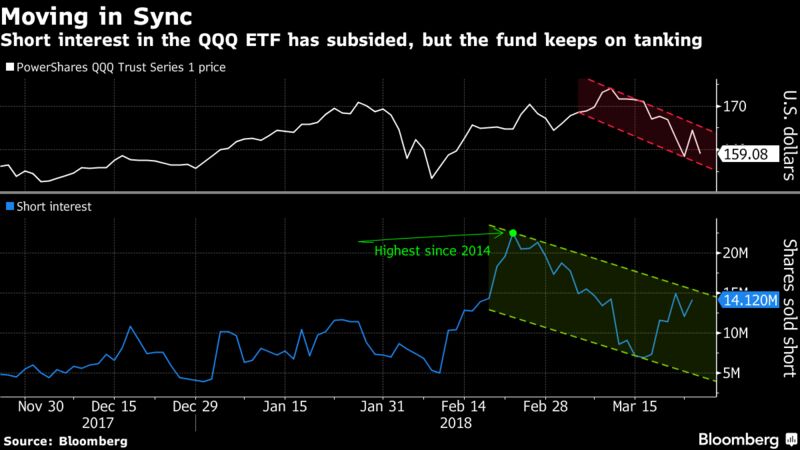 “Nvidia has been one of the best-performing stocks, and when it has a hiccup, or even a perceived hiccup, people get spooked,” said Ian Winer, co-head of equities at Wedbush Securities. “We’re dealing with some pretty big fund flows and some macro-driven reading. We’ll see the flow data tomorrow, but on a broader scheme of things, it seems like the selloff has been driven by big macro investors selling equities as credit conditions tighten.”