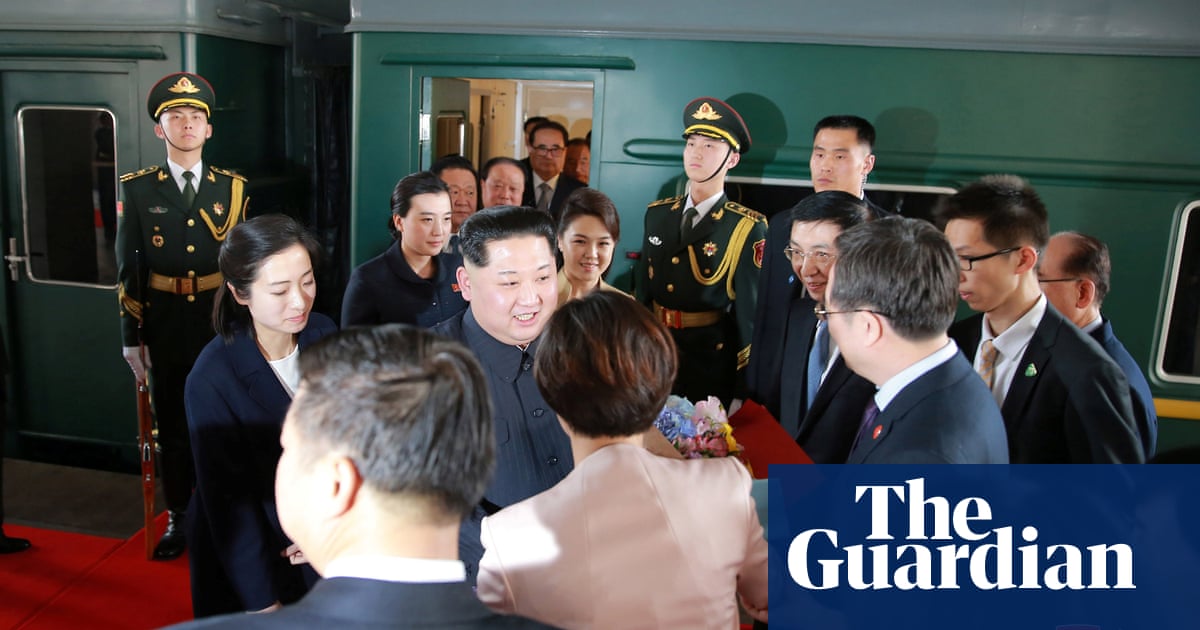 A rail project meant to connect North and South Korea has been blocked by US military officials, highlighting divisions between Washington and Seoul on how to deal with the nuclear armed North.

The two Koreas planned to begin a joint field study last week by sending a train from Seoul across the length of North Korea to Sinuiju, on the Chinese border, but their application was denied by the US-led United Nations Command. The multinational military body is a remnant of the 1950-53 Korean war and controls all movement across the heavily fortified demilitarised zone that bisects the peninsula.

The denial underscores a growing split between South Korea, which favours engagement with North Korea, and the US, where officials have demanded denuclearisation as a prerequisite to any economic cooperation.

The UN command blocked the study while also requesting more fidelity on the details of the proposed visit, it said in a statement. The move came as Donald Trump berated China for providing North Korea with considerable aid, including money, fuel, fertiliser and various other commodities.

This is not helpful! he tweeted.

The rail project is part of a wider push by South Korean Moon Jae-in to improve inter-Korean relations and set the stage for large-scale investment if sanctions, designed to punish the North for its nuclear weapons program, are lifted. Moon has called for rail links by the end of the year.

Moon will push for as many projects as he can without antagonizing Washington, said Mintaro Oba, a former US diplomat who focused on North Korea policy. But there is definitely potential for a wider gap between the allies if the relationship is not managed carefully, he said.

While theres some common ground there, it means Seoul sees ambitious inter-Korean projects as supporting its goals – while the United States tends to see them as undermining its leverage to get denuclearisation, he added.

A liaison office in the North Korean town of Kaesong has also been a point of contention, with South Korean official forced to deny the project violates international sanctions.

Noh Kyu-duk, a foreign ministry spokesman, said South Korea contended any equipment or even electricity supplied to the office does not undermine the purpose of the sanctions as it does not offer economic benefit to North Korea, according to the Korea Herald.

But the denial by UN command also highlights the limits of South Korea acting alone. Trump cancelled a trip by Washingtons top diplomat to Pyongyang over fears it would fail to produce results. The cancellation came after North Korea warned nuclear negotiations are again at stake and may fall apart and if talks break down Pyongyang could restart nuclear and missile activities, according to a report by CNN.