Our global, profit-driven, meat-centered food system is making us sick. We need a radical rethink 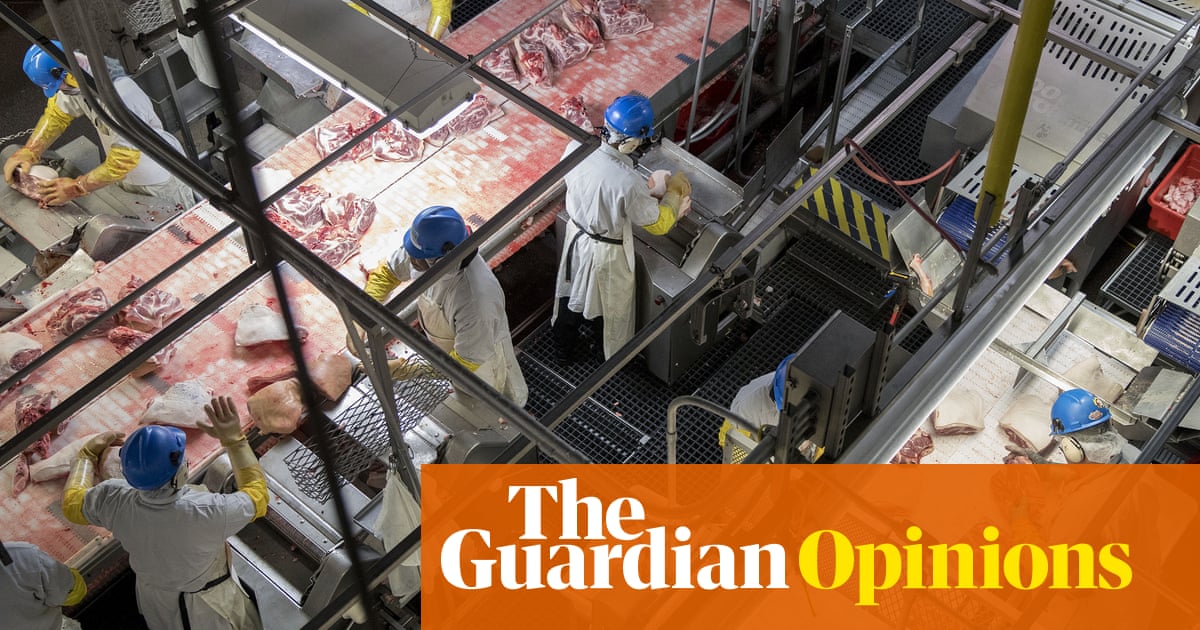 It was bats. Or pangolins. To hear common narratives about the origins of Covid-19, there is a simple causal relationship between Chinas consumption of wild animals and the coronavirus ravaging the globe.

Dr Anthony Fauci, the United States top epidemiologist, told Fox: It boggles my mind how when we have so many diseases that emanate out of that unusual human-animal interface, that we dont just shut it down. His opinion echoes a growing chorus across the political spectrum that singles out Chinas so-called wet markets as the culprit for the pandemic. The Republican senator Lindsey Graham has called the Chinese exotic animal trade disgusting and conservationist Jane Goodall has called for a global ban.

Science and political economy, however, tell a more complex story. The principal driver of zoonotic diseases (such as the virus Sars-Cov-2, which spread from animals to humans) is industrial animal agriculture. When food production encroaches on wild habitats, it creates opportunities for pathogens to jump to livestock and humans. Industrial agriculture also breeds its own diseases, like swine flu and avian flu, on hellish factory farms. And it contributes to antibiotic resistance and climate change, both of which exacerbate the problem.

We need to have an honest public discussion on how to produce our food. Individually, we must stop eating animal products. Collectively, we must transform the global food system and work toward ending animal agriculture and rewilding much of the world. Oddly, many people who would never challenge the reality of climate change refuse to acknowledge the role meat-eating plays in endangering public health. Eating meat, it seems, is a socially acceptable form of science denial.

Researchers have long issued warnings about the consequences of our livestock-dominated food system. After the Sars outbreak in 2003, an essay in the American Journal of Public Health lamented that changing the way humans treat animals most basically, ceasing to eat them or, at the very least, radically limiting the quantity of them that are eaten is largely off the radar as a significant preventive measure. In 2016, the UN Environment Program warned that the livestock revolution was a zoonotic disaster waiting to happen.

Yet meat consumption continues to rise. Now, just as experts predicted, eating animals is coming back to bite us.

Xenophobes call Covid-19 the Wuhan virus, but in reality zoonoses emerge worldwide, and do so with increasing regularity. The 1918 Spanish flu probably came from a midwestern pig farm. In the 1990s, ecological destabilization in the US south-west led to the Four Corners hantavirus outbreak. The Hendra and Menangle viruses are named after Australian towns. The Reston virus is an Ebola strain named after a DC suburb. Marburg virus emerged in Germany. These last two diseases sprang from monkeys imported for laboratory use the Chinese are not the only ones with a large and dangerous wildlife trade. Sars, Mers and Zika are only three of many novel zoonoses to strike in the new millennium.

Fauci, Graham and Goodalls call for a clampdown on the exotic animal trade is a valid demand, but ignores how that industry is inextricably intertwined with conventional food production. The Chinese government has encouraged smallholders to breed and procure wild game to compensate for losing market-share to large livestock firms. Similarly, reliance on bush meat in west Africa increased after local fishers were pushed out of coastal waters by foreign trawlers in the 1970s, leading to the outbreaks of HIV and Ebola. The problem isnt some peoples taste for seemingly strange delicacies, but rather our global, profit-driven, meat-centered food system.

Just as zoonotic threats are multiplying, combating them is becoming harder. Antibiotics are increasingly ineffective in part because commercial livestock farmers abuse them, hoping to speed up growth rates or as a prophylactic measure against the spread of disease on overcrowded factory farms. Overuse of antibiotics spurs the evolution of super-bugs like MRSA, a flesh-eating bacterium now found at hospitals worldwide. Modern solutions, like viral cures and vaccines, are elusive. The World Health Organization reported that the most important techniques for controlling the 2003 Sars outbreak were not cutting-edge medicines so much as 19th-century public health strategies of contact tracing, quarantine, and isolation. This has also been the case with Covid-19.

Our short-term priority is the development of a vaccine for Covid-19. But we must also start thinking about more radical measures to address the roots of this crisis. We need a more resilient food system that puts less stress on the planet and on public health.

This requires three interventions. The first is ending subsidies to industrial animal agriculture and taxing animal products to incorporate the cost of environmental and public health externalities, with the aim of the industrys eventual abolition.

The second is support for local, sustainable plant farming to replace the monocrop-focused status quo. We must relieve pressure on soil and wildlife while creating better, safer agricultural jobs. (We should also remember that meatpacking workers, like their peers in wet markets, tend to be the first exposed to new pathogens.)

The third is large-scale, public-directed investment in both plant-based meat alternatives and cellular agriculture (ie, growing animal tissue from stem cells), which would expand scientific research and employment while spurring a transition to animal-free protein.

The post-meat age will be a healthier one. Between farming, ranching and feed crops, the livestock industry gobbles up 40% of the worlds habitable surface. A vegan food system would require a tenth as much land. Restoring the natural environment could also create jobs through a public works program akin to the New Deals Civilian Conservation Corps. And it would reduce the outbreak of new epidemics by reducing contact between humans and wild animals and by restoring biodiversity.

Old habits can change. In the last few weeks, as the coronavirus has spread and millions shelter in place, bean sales have surged. People, it seems, are willing to eat legumes if its part of a public health effort. When this pandemic ends theyll need to keep doing just that, lest a more lethal disaster comes to pass.