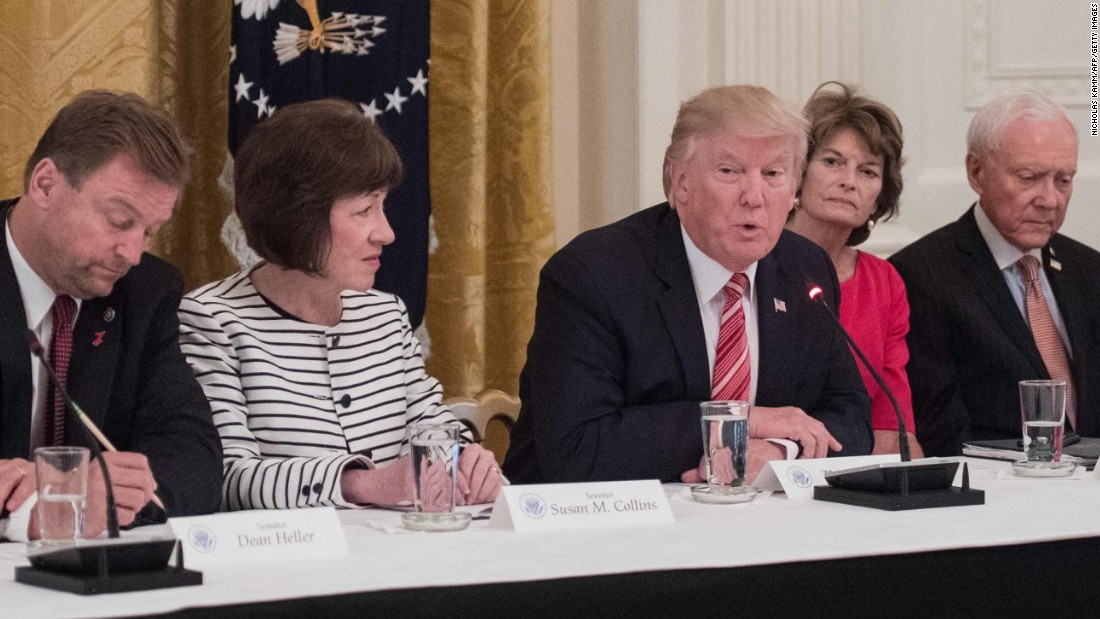 (CNN)As Republican senators prepared to make their familiar dash to airports and train stations Thursday evening, many were in agreement: We have no clue what is happening with Obamacare repeal next week.

At the end of a chaotic work week in Washington, senator after senator interviewed by CNN said they were unsure about the status of a health care vote that Senate Majority Leader Mitch McConnell announced earlier in the week. Lawmakers wondered out loud whether there would be a vote — and more importantly, what, exactly, they would be voting on.
Alaska Sen. Lisa Murkowski was asked by a reporter Wednesday night as she exited a health care meeting whether she would oppose a “motion to proceed” vote — a procedural hurdle that must be cleared to kick off debate on a bill on the Senate floor.
“We don’t know what the motion to proceed is to. That’s the concern. To proceed to what?” Murkowski said. “To the BCRA? To the repeal? What the House bill is? We don’t know what the motion to proceed is.”
Posed with the same question Thursday morning, Nevada Sen. Dean Heller told CNN that he was simply “not in a position” to offer an answer because “I have no idea what that motion is going to be part of.”
Speaking to reporters Thursday afternoon, Majority Whip Sen. John Cornyn downplayed questions about widespread confusion.
“This wanting to know before you start voting what the final product is going to look like is strange,” Cornyn said, in an apparent reference to the open amendment process that would take place if the motion to proceed vote is successful.
The BCRA that Murkowski mentioned refers to the Better Care Reconciliation Act — legislation to repeal and replace parts of the Affordable Care Act that the House passed in May. 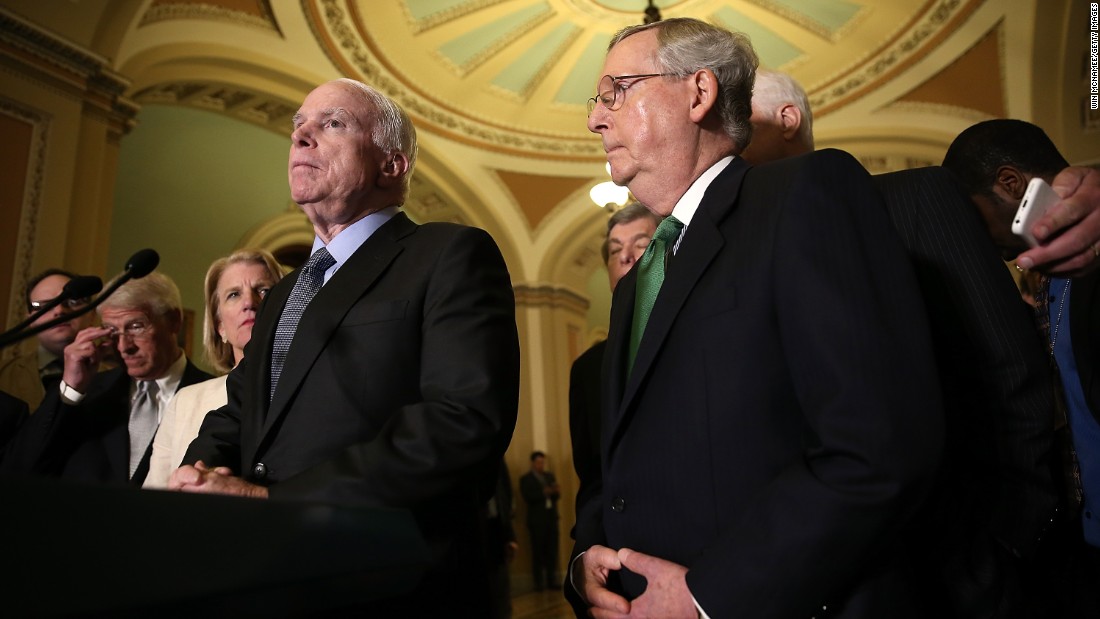 But when too many Republican senators came out against a Senate version of the BCRA, McConnell pulled the plug on that bill this week. He announced, instead, that there would be a procedural vote early next week aimed at considering a repeal-only measure that Republicans passed in 2015 and was vetoed by former President Barack Obama.
“Regretfully, it is now apparent that the effort to repeal and immediately replace the failure of Obamacare will not be successful,” McConnell said late Monday.
But that plan drew swift opposition — including from President Donald Trump.
In surprising remarks from the White House Wednesday, Trump told senators he wanted them to focus on a repeal-and-replace strategy, despite having tweeted as recently as Monday that it was time for Republicans to just repeal Obamacare.
Senators openly acknowledged that the President’s unexpected comments shifted the dialogue.
“The President’s being adamant about (doing) replace probably changes the dynamics as to what we vote on,” Sen. Bill Cassidy said on CNN Thursday, before acknowledging: “We have to wait and see what that is.”
Asked whether he would support a repeal-only bill next week, the Louisiana senator punted: “What I know now is not what I will know on Monday.”
Senators will technically be voting to take up the House-passed bill, but what is unclear is what they will replace it with. Senators wonder if there will be a consensus plan by the time the vote happens. For senators concerned about the bill, agreeing to begin debate without having consensus on a replacement would be a leap of faith they might not want to take because once the Senate is debating the bill, there will be enormous pressure for them to vote “yes” on final passage.
McConnell, meanwhile, is emphasizing that as long as the motion to proceed vote is successful, any senator could offer any amendment on the Senate floor.
But the reality remains that Republicans currently don’t appear to have enough votes to advance either plan. 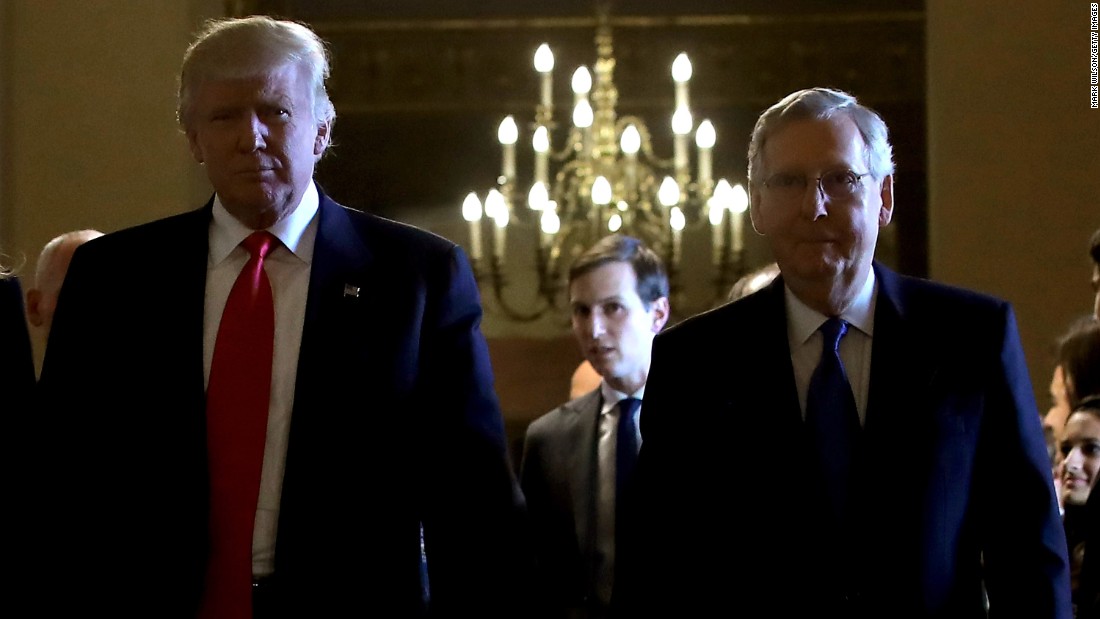 And, with shocking news of Arizona Republican Sen. John McCain’s brain cancer diagnosis, the majority may be down a valuable vote for the foreseeable future. Over the weekend, conversations are expected to continue over what bill Republicans should actually put up on the floor. Leaders are trying to figure out if additional money could be used to quell the concerns of moderates senators. The head of Medicare and Medicaid at the Health and Human Services Department, Seema Verma, continues to talk to moderates to try and address their issues, according to multiple GOP aides. Verma met with Sens. Rob Portman of Ohio, Shelley Moore Capito of West Virginia, John Hoeven of North Dakota and Dean Heller of Nevada on Wednesday. She also met with Alaska Sen. Dan Sullivan on Thursday, according to a Sullivan aide.
In recent days, the CBO has also kept reporters and members guessing. The independent scoring agency released two scores: one on an updated score of the 2015 repeal-only bill, and another on a revised version of the Senate’s repeal and replace bill.
Some confused Senate aides even turned to reporters for clarity.
“Are we voting on (motion to proceed) next week?” one GOP aide asked a CNN reporter in the middle of a discussion about health care. “I honestly don’t know. Do you?”
The US Chamber of Commerce responded to the events of the week with an open letter to Congress on Thursday, saying that while the business group would still like to see a health care vote, members should turn their attention to tax reform.
“The challenge of governing requires a willingness to step beyond looking for reasons to oppose things to finding reasons to support policies that are good for the country,” Chamber President Tom Donahue wrote in the letter, adding the group’s endorsements in the 2018 election will focus on lawmakers who are willing to try to reach consensus in order to move legislation. “The time has long since passed to get to “yes” on healthcare, tax reform, and infrastructure investment.”

Investments
Nobody seems to know what the heck is happening on health care, politics